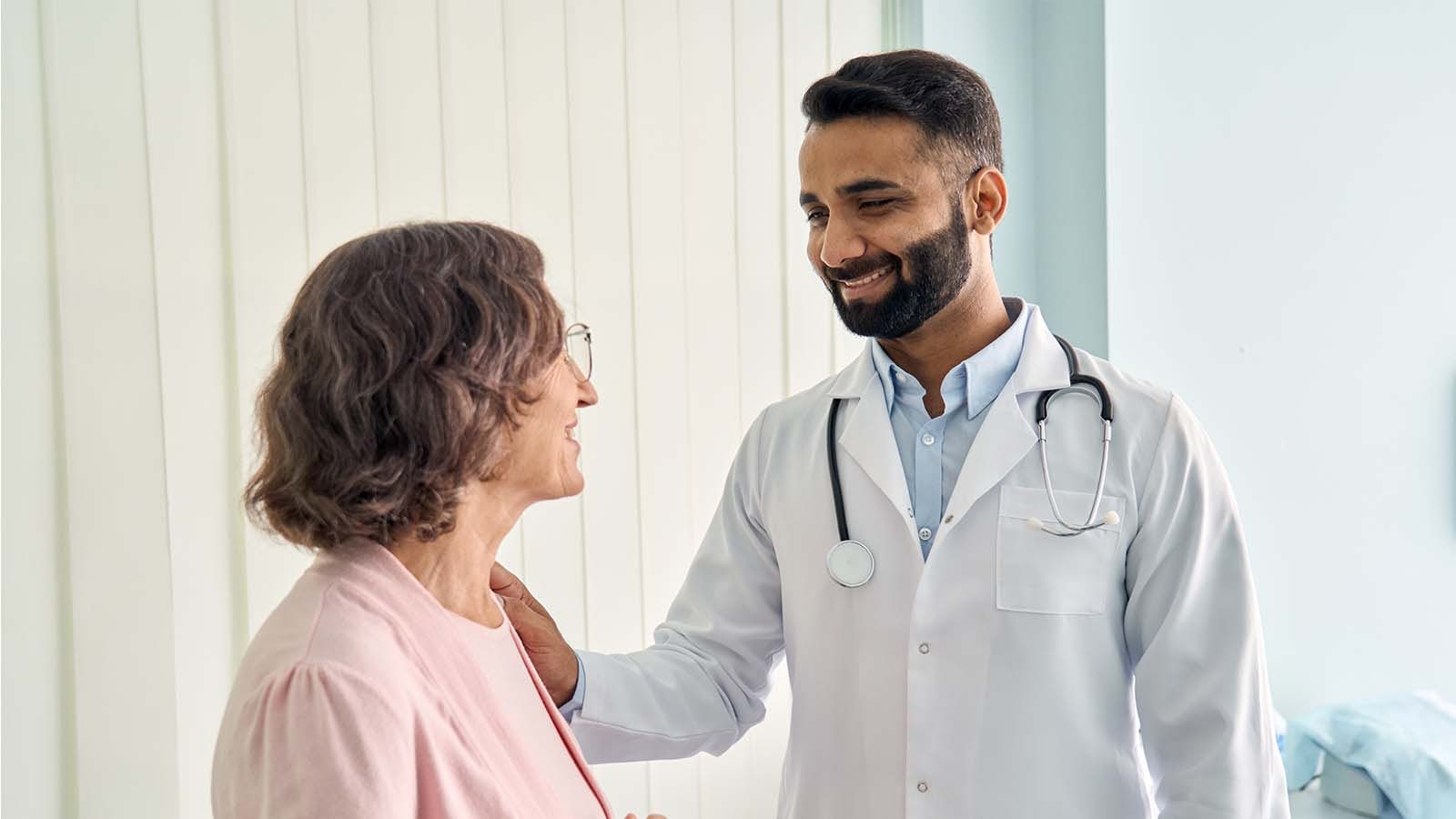 The Beginner’s Guide to Giving Thanks to Your Patients

Let’s face it: patients don’t refer your practice to their friends because a teeth cleaning is so wonderfully thorough or because an eye exam is so stellar.

In fact, you’ve probably never heard a patient proclaim, “What a fantastic teeth cleaning!” as they high-five you and your team on their way out the door.

Although you probably deserve that kind of excitement and appreciation, patients just frankly don’t get excited about that sort of thing. Instead, they assume they’d get a very similar teeth cleaning no matter which dentist they went to, just as they assume they’d get the same quality of eye exam from pretty much any optometrist — although you and I both know that’s not true.

What patients don’t get just anywhere, however, is the feeling of being a truly valued patient. Here are seven ways you can show patients you value them, ultimately leading to more referrals for your practice.

1. Greet patients by their name and give them a personalized experience

“The average person is more interested in his or her own name than in all the other names on earth put together.”

Studies involving fMRI technology have shown that you love hearing your own name. When someone calls you by your name, certain areas of your brain actually light up like a Christmas Tree in response.

However, it’s also true that you begin to see this gesture as disingenuous if your name is overused — kind of like talking with a slick car salesman with a clear agenda. So, you want to call patients by their name, but never more than a few times during any given conversation.

Really though, have you ever heard a middle-aged woman — or any woman for that matter — refer a friend to her doctor? What types of things does she focus on? She doesn’t tend to rave about how talented her doctor is at practicing medicine. Instead, she raves to her friends that her doctor always remembers her name, “treats [her family] like family,” asks her how work is going and asks her about her kids’ lives.

Giving your patients a personalized experience is what makes them want to tell their friends about your practice. Make sure you hire and train a front office staff that will develop relationships with patients and make them feel special when they come in for an appointment.

2. Be transparent and tell the truth

Did you know 60% of adults can’t get through a ten minute conversation without telling a lie?¹

The authors of the book The Day America Told the Truth have even found that 86% of us lie to our parents regularly, friends (75%), siblings (73%) and spouses (69%). We even lie about stupid things like having seen the classic film The Godfather in order get a little bit of street cred.

On the other hand — according to Gallup — the top three most trusted professions are (1) nurses, (2) pharmacists, and (3) medical professionals. As a medical professional, you always have a reputation to uphold. One of the most important things to a patient is knowing they can trust their doctor, dentist, optometrist, etc.

In fact, a study conducted by Keating, et al. found that, “trust in the doctor caring for them is of great importance to patients. Patients who trust their doctors rate their care more favorably.”

Always be transparent with your patients and give them reasons to trust you.

3. Give more than you take

“For it is in giving that we receive.”

In 1974, a professor at Brigham Young University got the idea to send Christmas greeting cards to 600 random families he’d never met. He had no reason in doing so other than he wanted to “see what would happen.”

After randomly sending the Christmas cards, the responses slowly started to come in. According to NPR, the responses started coming in 12 or 15 at a time. In the end, it added up to more than 200. In fact, some of the letters even included three- or four-page letters.

Why on earth would anyone respond with a four-page letter to a Christmas card from someone they’d never met? You’ve gotta be out of your mind!

Nope. Answer: the rule of reciprocity.

The rule of reciprocity is a crucial finding in social psychology that simply says we feel obligated to reciprocate when someone gifts us with something.

A great example is tipping at a restaurant.

According to Robert Cialdini, a psychologist at Arizona State University, if a server brings you your check on a tray without any candy, you’ll tip them whatever you think they deserve for their service. However, if there’s a mint on the tray for you, the tip will increases 3.3%.

Cialdini further explains, “if while delivering the tray with the mint the server paused, looked the customers in the eye, and then gave them a second mint while telling them the candy was specifically for them, tips went through the roof.” Specifically, servers who gave a second mint got a 20% increase over their normal tip.

The moral of the story isn’t necessarily that you should give patients sugary candy directly after filling their cavities, but it is true that if you’re generous with your patients, they’ll be generous back — likely leading to referrals.

The best part is, however, whether your patients reciprocate by sending you more business or not, you can feel good about treating your patients the way they deserve to be treated.

“There’s only one thing more precious than our time and that’s who we spend it on.”

Patients absolutely hate feeling rushed through an appointment. A new poll by NPR found that around 3 out of 5 patients think their doctors are rushing through exams — nearly the exact same number as three decades ago.

Patients have concerns and anxieties and want to be able to share their story with you, their doctor. But according to Larry Shore of My Health Medical Group in San Francisco, “There’s some data to suggest that the average patient gets to speak for between 12 and 15 seconds before the doctor interrupts them.”

You can set yourself apart from the competition by being the doctor who’s interested in listening, rather than rushing, patients through as quickly as possible in order to maximize profits. In the end, your profits will probably be better off anyway if you take the necessary time to get to know, listen to and educate your patients. Especially since it costs 5x more to attract a new customer, than to keep an existing one.

5. Listen intently and show patients you understand them

“If you make listening and observation your occupation, you will gain much more than you can by talk.”

Your patients really just want to be heard.

According to an article by the Huffington Post, “Eighty-two percent of survey respondents said that doctor empathy was important, and many were even willing to overlook common grievances — like rescheduling shortly before an appointment, waiting to get an appointment or waiting a long time to actually see the doctor once at the appointment — if the doctor is empathetic.”

Often times you can’t control problems with your schedule, high wait times in your front office or any of the other common patient grievances. However, you can control whether you listen intently to patients and try to understand their situation. If you do treat patients with empathy, they’ll be much more likely to forgive you for the inconveniences you’ve caused them in the past.

“If you can’t explain it to a six year old, you don’t understand it yourself.”

How bad do you hate it when your IT guy says something like, “I need to check that server’s IP host and verify its blacklist reputation”? You lost him at “IP host” and wish he would’ve never opened his nerdy, little mouth, right?

That’s how patients feel when you use your medical jargon instead of simple language they can understand.

Of course you want patients to know you’re a knowledgeable doctor who they can trust, but explaining things so they can understand is even more important. Using medical jargon will only confuse patients and make them think you’re pretentious and egotistical.

In fact, the ability to explain something in simple language often makes you seem much smarter than if you were to use intricate and complex language.

Plus, explaining things simply shows that you respect your patients and want them to have all of the possible knowledge before they make important decisions.

“A sense of humor is part of the art of leadership, of getting along with people, of getting things done.”

Last but not least — keeping things light and fun can make patients trust and like you even more.

A study by Science Daily concluded, ”Our research suggests that nurses and other healthcare professionals don’t need to suppress humor. They should trust their instincts about when it is appropriate. Combined with scientific skill and compassion, humor offers a humanizing dimension in healthcare that is too valuable to be overlooked.”

So, although you’ll probably never get a high five for “the best eye exam I’ve ever had!”, you can get more referrals by showing patients you truly value them.