Ep.07-Starting a business in a recession with Brandon Rodman

The History of Weave

Weave was not Brandon Rodman’s first business. In fact, the first business he founded was in 2008, at the beginning of an economic downturn. Until this recession, the 2008 recession was considered one of our biggest since the Great Depression. The business was a call center and he founded it with his brother.

In the years prior, Brandon had spent most of his time as a door to door salesman. During that time, he not only honed his sales skills but he also learned how to recruit, train, and manage teams. And the freedom. It was a big part of what encouraged Brandon to start a business as opposed to getting boss at an existing organization.

After attempting to start a non-profit, Brandon bumped into what may have been software and hardware for the first speed dialer. This ultimately helped Brandon and his brother start their call center. Because sales is such a numbers game, Brandon immediately saw the value of a speed dialer. You could get in front of so many people in such a short amount of time.

With a family connection to dentistry, he decided to put the software to use with helping dentists schedule and maintain their appointments. All the time they spent on phone with patients gave them a tremendous amount of insight into the industry. And that knowledge gave Brandon an idea. 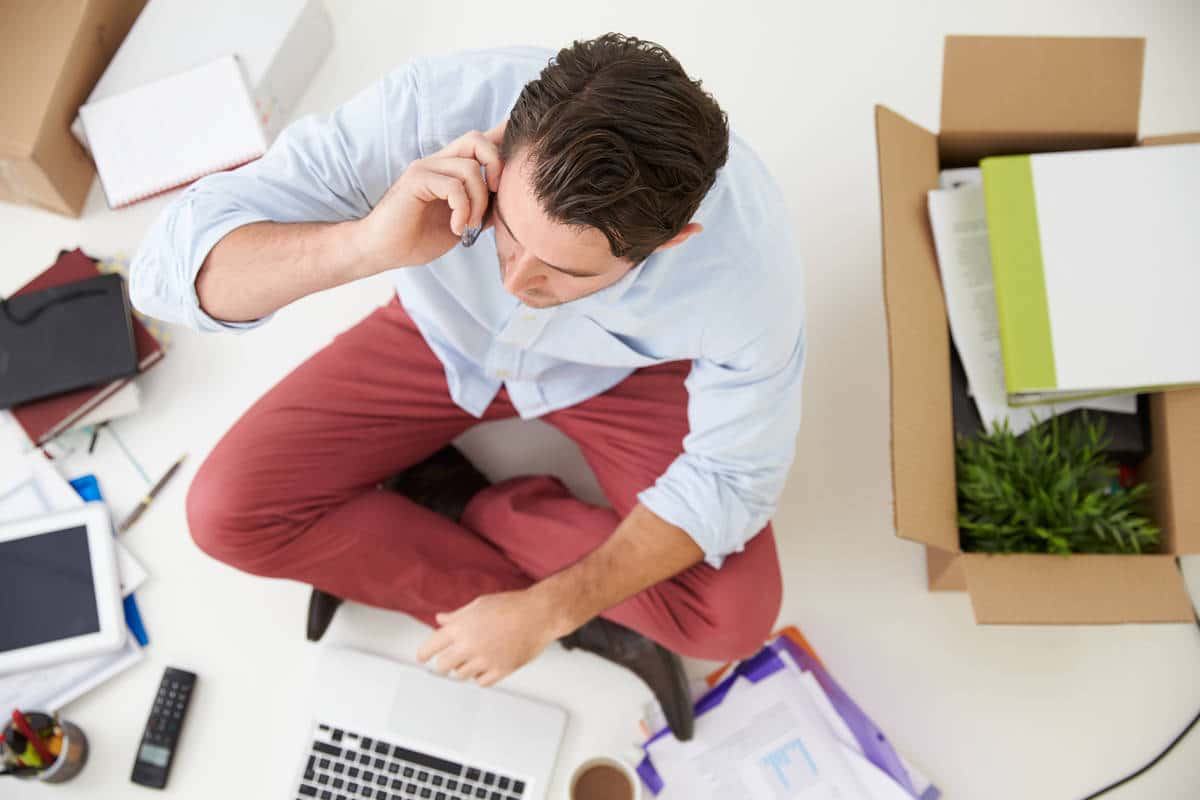 Learning to talk to people from all sorts of backgrounds in his door to door sales days prepared Brandon for the time of transition from the call center to what is now Weave. Those days speaking to a hundred people a day help him stay fluid and keep his emotions in check. Whenever you start on a business venture, you need to have the same type of adaptability. Take in user feedback, shareholder’s opinions, product reviews and anything else you can get your hands on and roll with it.

Likelihood is you’ll metaphorically get punched in the face because nothing goes according to plan. So what are your contingency plans? And if you can’t make any of those, how can you build the skill of adaptability to calm potential anxieties, to help you level set and remain strategic?

Being Relentlessly Resourceful in a Recession

Like a cockroach. You mean, you never considered how an entrepreneur is like a cockroach?! Neither had I. But it paints an interesting picture. This recession is no joke. It’s daunting and scary. It’s pervasive and deep. But if you think you’re a business cockroach, then you’ll arm yourself with everything you need to survive the metaphorical nuclear bomb that is this recession.

Being like a cockroach isn’t just being indestructible. It’s also being resourceful. Limitations can bring out our creativity. With COVID-19, we’re limited with space, touch, sharing, and so much more. These limitations are kindling to help bring about what might end up being some of the most creative thinking we’ve seen in decades.

If crowdsourcing began as a result of the 2008 housing crash, what do you think could come out of the 2020 COVID pandemic?

Aug 16, 2022
The Monkeypox Pandemic: Requires These 5 Effortless, Modern Business Solutions
Read more
Aug 15, 2022
Monkeypox: The Riskiest Payment Portals to Touch (Customer Ranked) + 10 Solutions
Read more
Aug 13, 2022
Monkeypox Pandemic: How to Use Texting to Create Healthier Patient Relationships
Read more
Jun 8, 2022
Small Business Social Media Marketing: Is it Worth it?
Read more
Sep 8, 2020
Are Your Voicemails Going Down the Drain? Try These 9 Tips
Read more
Jun 24, 2020
How to Craft & Send Professional Emails in Reduced Time
Read more
Jun 17, 2020
6 Reasons Why Most Businesses Are Switching to Contactless Tools & Processes
Read more
Jun 17, 2020
How to Remotely Manage Every Aspect of Your Business from the Palm of Your Hand
Read more
Jun 17, 2020
8 Ways Weave Payments Is a Game Changer for Offices
Read more
Jun 12, 2020
How to Write an Eye-Catching Email Subject Line
Read more
May 29, 2020
Reimagine Ways to Optimize Your Business and Fill Your Schedule with This Quick Guide
Read more
May 18, 2020
5 Ways To Use an Email Platform Tool to Make Your Job Easier
Read more
Industry insights delivered straight to you.
We’ve brought together industry experts to share their best practices and pro tips for running a happy and efficient practice. Get more: