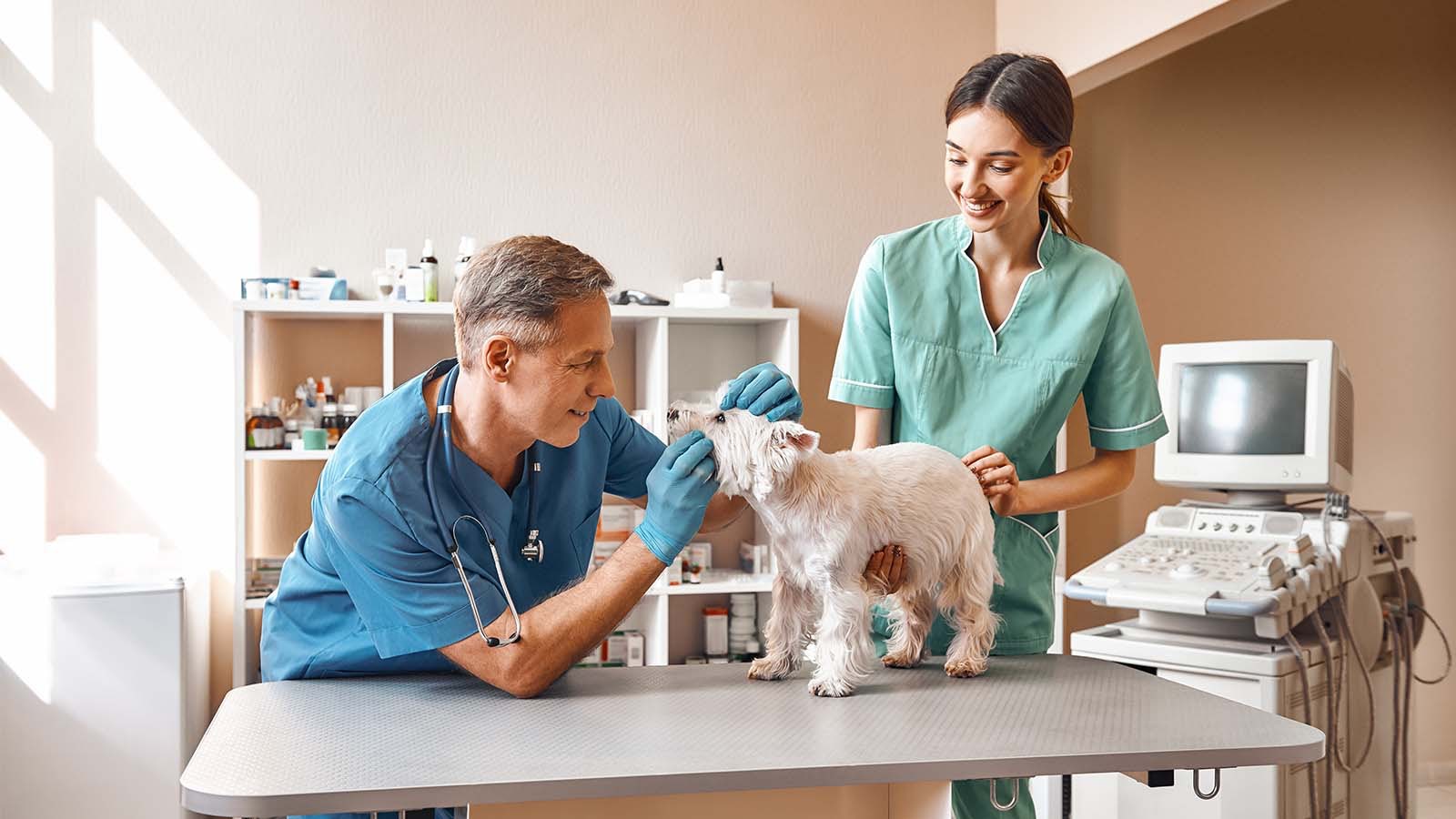 Eavesdropping Can Be A Good Thing at A Veterinary Practice

As a kid, I was taught to respect others’ privacy by not listening in on personal calls.  My grandmother’s home had what was called a “party line” and several neighbors shared the same phone number. This was a common occurrence many years ago when you lived in rural areas with limited service. If you ever watch old episodes of the Andy Griffin show you get it.  I was fascinated by the fact that you could pick up the phone at any time and strangers would be talking.  My grandmother would catch me eavesdropping and make me hang up.  Typically, we have a perception that when we are having a personal phone conversation, it is expected to be private.

When we call a business those expectations are not held and we are often informed that “calls are being recorded for training purposes”.  Rules vary from state to state but for most, as long as one party knows they are being recorded and consents, the other does not legally have to be informed.  Following that rule, the business gives consent and customer consent is not required except for California, Delaware, Florida, Illinois, Nevada, New Hampshire, Pennsylvania and Washington.  As in all Federal and State regulations, the most stringent law is the one that must be followed.

But recording calls for team training can be an invaluable tool for a business. This is why I got so excited the first time I had a Weave demo.  Often, it is the subtle nuances of word choices that can make or break a client interaction. Even a negative message can be delivered in a way that is empathic and caring if you know how.

I have found when training customer service representatives, having the ability to let them listen to past calls while coaching them to discover their errors is invaluable.  It is remarkable when people hear themselves, how surprised they are by the things they say or particularly how they are said. By eavesdropping on both sides of the conversation, they are able to better relate to the client’s side of the call and find their own flaws. But we can also use our rock star CSRs calls to illustrate how it is done well to our new trainees.  Listening to others is an excellent way to learn tone, nuance, word choices and the value of active listening skills.

During these calls, I have also listened to certain doctors using terminology and jargon which confused pet owners rather than educate them.  Once one particular doctor began to listen to her conversations with another more experienced veterinarian as her coach, she heard the confusion and hesitation in the client’s voice and realized what she had done.  She learned to listen to the subtle cues of uncertainty when clients would use long pauses or filler phrases like “uhhhh” when she asked if they understood.

People hate to appear ignorant so they let professionals get by with using technical or medical terms they don’t understand, rather than stopping them and simply saying, “I am not familiar with that term.” Perhaps, we should begin our explanations with questions such as, “Mrs. Jones are you acquainted with the term anemic?” rather than start the conversation with, “Mrs. Jones, your pet is anemic.”  We tend to believe that the public has basic medical knowledge, however we would be sadly mistaken.

Over several years, while training communication classes, I began to ask my students if they had ever had a client visit their veterinary hospital who did not know if their dog was male or female.  One hundred percent said “Yes!”.  Shocking!  Some of our clients do not know basic mammalian anatomy.  We need to keep in mind that pet owners do not live in the world of veterinary medicine…they merely visit once or twice a year.  It is our job to share our knowledge in a way that is relatable to their world, not force them to enter ours.

In another eavesdropping example, I listened to a seasoned CSR book an appointment for a pet’s euthanasia.  The practice was located in a military town that had a veterinary hospital on base, but the client chose the private hospital instead because she wanted a better experience for the dog.  The CSR was kind and led her through making the appointment, but she missed a valuable opportunity to connect and go the extra mile for the client.   The pet owner remarked that she wanted the pet to be euthanized when her child was in school, because the last time she mentioned it, he ran away from home.  The CSR didn’t remark on this event, merely offered a 2 pm time slot which the client accepted.  When I listened to the call with her, I tutored her to stop and comment on the child’s distress.  I would have said,” I am sorry your child is so upset.  This is hard for adults and I understand your concern.  We have a wonderful book we recommend by Mr. Roger’s. It is written for children about pet loss.  If you like, I can email you the link or you are welcome to borrow our copy if you have time to come by a few days before your appointment.”  This small offering of help would have added a layer of customer care to the call beyond the norm. It would have taken less than 20 seconds to make a vast difference in the service delivery.  I guarantee that the mom would have been struck by the compassion and offer of help for her child and it would have bonded her to the hospital in ways that exceptional medical care could never do.

Back to our young doctor.  We also discovered that she was over-explaining to her clients and keeping herself and them on the phone for entirely too long.  She was trying to teach them medicine when all they wanted was a solution to a problem. Her 20-minute calls could have been accomplished in 5 with the right word and phrase choices.  These calls kept her behind in appointments and working late after closing.

I once overheard an experienced veterinarian explain a blocked cat to his client.  He asked if she had ever had a clogged toilet in her house.  When she affirmed she had, he replied – “same principle”.  The point was made, the client clearly understood the problem and both moved forward to quickly help the cat.  I once had an oncologist ask me how to talk to a client about a cancer diagnosis and treatment.  I said, “ask the client if they or any of their family have ever been treated for cancer”. Once you have a baseline you can use that to help clients understand cancer treatment for their pets.  As someone who has been there, people who go through cancer treatment know the drill all to well.

Thousands of businesses are seeing success.

One of the best aspects of call recording is the ability to have your team’s back when clients dispute what was said in conversation.  I do caution you to use this gracefully rather than as an “in your face I told you so” tool.  If a client disagrees with something, apologize for the misunderstanding and say,” We record our calls, would you mind listening to the call together so we may learn where we made a mistake?”  Approaching the debate with curiosity rather than accusations will often gain an apology from the client rather than a continued argument and a possible nasty review.

To say I am a fan of call recording is an understatement.  Many years ago, before Weave existed, I paid a company $25 per call for a lead service.  Not because I thought it was helpful in gaining new clients, but because I could listen to the recorded calls and use them to coach better client service.

I encourage you to take advantage of this valuable Weave tool to coach exceptional client service for your practice. The payoff is tremendous and there is no better way to make calls to your practice the best possible.